Wounded Healers: Speaking Hope into a Culture of Suicide

To locate the Pine Ridge Indian Reservation on the globe, click here to launch Google maps.

The people walking in darkness
have seen a great light;
on those living in the land of deep darkness
a light has dawned.

“I am sorry, Mr. and Mrs. Wardell,” said the sheriff, hat in hands, eyes glued to the ground, “we found Caleb.” And with that sentence, suicide was no longer a statistic to us.

When we first arrived on the reservation to begin our ministry among the Lakota people living in Allen, South Dakota, we were aware of the most recent statistics indicating that suicide rates among Native Americans are continuing to rise, especially among the teen population. The suicide rate among Native teens is 150% higher than the national average. And we knew other statistics about the Pine Ridge Reservation that are contributors to this epidemic, such as

But these statistics hit close to home in August 2017 when our own son took his life. We had ministered through 38 deaths since our arrival less than a year before and we had spoken words of encouragement, shared scripture, and offered prayers for comfort and peace. Then the time came for us to put what we had been speaking about to these precious people into action for ourselves. It came time to walk the talk, to demonstrate how one navigates loss and grief with God as their anchor. And God has used the death of our son to speak life into those around us, especially the teenagers.

God has called us to shine a light into this darkness, to speak life where there has been a pervasive message of death, to declare the God of hope to a generation with no hope. Our ministry seeks to show that a relationship with God is one that can be trusted, one that brings healing and one that brings hope. 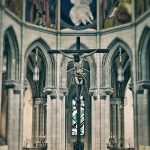 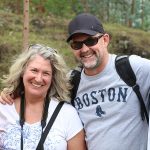 Rebirth and New Life for the Church in RwandaFEATURES, GLOBAL STRATEGY, MISSION TRIPS