On August 14, the sleeping giant awakened. Spewing debris and sending plumes of smoke three miles into the sky, Cotopaxi became active once again. Ashes from the massive volcano have ignited seventeen wildfires, claiming the lives of three firefighters and injuring several more. Threatening a quarter of a million people in Ecuador, the eruption of Cotopaxi has warranted the government to bring the national alert level to Yellow, the lowest of concern. Jon and Karen Lambert have served as missionaries for the Church of God to Ecuador since 1997. Jon offers the latest on-the-ground perspective and insight.

So, just how bad is it in Ecuador right now? According to Jon, “panic has never been a part of the Ecuadorian culture.” Though a worst-case scenario could cost lives, destroy property, and disrupt transportation, the absence of imminent danger translates to a uniquely Ecuadorian sense of calm. Those who don’t live in Ecuador may not understand it, but volcanos have always been, and will always be, a part of their lives. Besides Cotopaxi, there are three other volcanos currently erupting in Ecuador. Thirty-two volcanoes in Ecuador are considered active, while hundreds more lie dormant. In 2000, the Lamberts had to clean up a four-inch accumulation of ash that had rained down from the Pichincha volcano. Volcanos are nothing new to the people of Ecuador.

to such a flow, but still two blocks removed. “The worst-case scenario is for a lahar to take the hospital across from our neighborhood, but we are high enough to escape danger, Jon explains. “The last time Cotopaxi had a major eruption, all bridges on the San Pedro, Guyabamba, and Esmeraldas Rivers were destroyed. That would paralyze much of the highway system of Ecuador.”

In spite of the current calm, the danger is still real. “The official government releases continue to say there is no immediate danger, however, the geophysical institute is very worried.” Meanwhile, farmers south of Quito have suffered loss of crops and have had to sell their livestock. Recent spring rains have helped to not only suppress the devastating wildfires, but have also helped to clear the smoke. And when the smoke clears, the eerie beauty of Cotopaxi is revealed.

“Pictures will never show the vastness of Ecuador,” Jon explains. “Such a small country, but oh, the breathtaking beauty! Cotopaxi is the highest active volcano on earth. It is so large that the entire province of Cotopaxi is made up of the volcano and its foothills. The sight of the recent eruptions has been for me the most spectacular vistas I have ever seen. Of course, just the sight of Cotopaxi can take your breath away.”

The best thing the Church of God can do now is pray. “Pray that the pressure will continue to be released in the continual eruption,” Jon says. “And pray that if [a full-out eruption does happen] that it will not happen at night while so many are sleeping and become trapped.”

Learn more about the global ministry of the Church of God at charlesr13.sg-host.com. 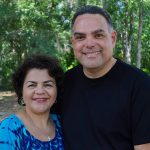