Zach and Audrey Langford provide pastoral leadership to the Birkenhead Church of God, serving as a bridge as the church transitions a generational gap. They are expanding the church’s ministry to young adults through relational outreach, table evangelism, and discipleship. They are also experimenting with creative new ministries to reach the people who live in the community where the Birkenhead church is located. In addition, they continue to serve regionally, particularly for the Budapest Lectures and the 3W Leadership Network. Audrey, along with Global Strategy missionary Christy Kihm, works closely with the Three Worlds Leadership Network (3WLN) leadership team, helping with planning and logistics.

Hope is at a premium in the United Kingdom. Recent terrorist attacks have ignited fears among many, but desperate poverty has been widespread in parts of the country for years. The city of Birkenhead, 227 miles northeast of London, exemplifies a post-Christian culture where the traditional role of church in society seems to have disappeared. Though just across the river sits the affluent city of Liverpool, Birkenhead faces all the usual struggles of a city stigmatized by economic decline and rampant unemployment. In the midst of this dark environment, Egan Road Church of God has been a constant glimmer of hope for ninety years. Today, Global Strategy missionaries Zach and Audrey Langford lead the congregation, now positioned to reach the community—including, and especially, the younger generation.

Personal experience played a huge role in bringing Zach and Audrey to England. For Zach, finding hope while struggling with a difficult situation at home demonstrated the potential influence of the church on young people. After becoming angry with God, Zach met a few guys who connected him to the youth group at Sixth Avenue Church of God in in Decatur, Alabama, where Ken Oldham—current Global Strategy pastor to Egypt—was serving. “They took me in, and it was there that I experienced true friendship and ultimately God’s love,” Zach recounts. It was also at Sixth Avenue Church of God where Zach would decide to go on his first mission trip.

Cross-cultural life wasn’t anything new to Audrey. As the daughter of an expat executive, she experienced life in a variety of location during her formative years. But she spend the longest in Cairo, Egypt. Not only did she learn to adapt quickly to cultural differences, but she also developed a curiosity that would lead her to accept several short-term mission assignments. It was during this time that God broadened her perspective and opened her eyes not only to the economic poverty outside of the United States, but also the spiritual poverty.

Fast-forward to 2011. The median age of the congregation at Egan Road was steadily climbing with no indication that the trend would change. Former missionaries Dave and Kathy Simpson offered the church a consultation and, over the next six years, the church began to intentionally connect with young people. In the meantime, shortly after they were married, the Langfords arrived to help with children’s and youth ministries.

Last year, the church voted unanimously to reorient their mission. Issuing a challenge to the church to invest in the younger generation, Pastor John Pemberton expressed his desire to pass the torch of congregational leadership to someone who could better realize their new vision. On Easter Sunday 2017, Zach and Audrey Langford were installed as missionary pastors.

“I believe the desire to invest in youth and young adults is at the center of most churches,” Zach explains, “but it’s the lack of motivation and execution that hangs churches up. Fortunately, Egan Road was able to see and experience the importance of investing in young people before it was too late. Our desire is to honor the older congregation by showing that their years of faithfulness are being realized as young people become more active in the church.”

With Zach and Audrey at the helm, Egan Road is going into the same dark places that Jesus went, and shining a light for children, teens, and young adults who are in their third generation of poverty and raising the fourth. They are breaking cycles of hopelessness and replacing them with circles of love, support, and good news. 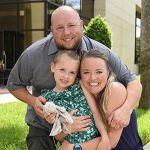 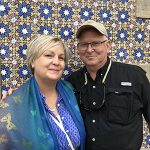