In Canada, Global Strategy and Canadian Church of God Ministries have partnered with Great Commission Foundation to receive and process donations in compliance with Canadian Revenue Agency guidelines for charity giving. Click the GCF logo to go to their donation page.

The Church of God has been established in Southeast Asia over the past several decades, growing and maturing under the leadership of national church leaders. Many of these Church of God assemblies are on the verge of leadership change. Tim and Jenn, from a base in Thailand, will establish solid working relationships with the leaders and pastors in the countries of Southeast Asia, walking alongside the church, providing resources, and assisting in the forthcoming transitions as these churches seek to live out the vision God has put before each of them.

Tim and Jenn both grew up in faith-filled homes with families highly involved in their local churches. After a year in Bible college, Tim still felt unsure of the direction God wanted to take his life, so he joined a discipleship and missions program that led him on his first trip to Southeast Asia. From there, God called Tim into ministry, where he served in many capacities, including facilities management, administration, and eventually teaching in an inductive Bible study program. He served and led in that ministry for nearly 13 years.

Jenn in the same way took a gap year after high school with the hope of doing some travel and missions. She joined a short-term missions experience and took her first trip to Southeast Asia. She experienced a call into ministry after this trip. Her experience has been spent working in discipleship, administration, bookkeeping, and as a member of the local leadership team.

Together, Tim and Jenn have been able to participate in and lead short-term missions teams overseas, especially in the region of Southeast Asia. And their four young children have participated as well, including a Christmas outreach to Myanmar in 2019 where they and three other families provided a platform for their kids to reach out with the love of Jesus.

After nearly twenty years of ministry and missions mobilization, Tim and Jenn felt led to take a sabbatical. With no commitments to return to their previous ministry, they were able to seek the Lord about their future, no strings attached. After much prayer and a longstanding desire to move to Southeast Asia, Tim and Jenn felt now was the opportune time to pursue that dream. It seemed, through God’s guidance, that Global Strategy would be a good fit for their family in “walking alongside the local church, globally.”

Click the project number below to give online or call Global Strategy at 800-848-2464. In Canada, those interested in supporting Tim and Jenn’s ministry can give via our partnership with Great Commission Foundation, a Canadian nonprofit: https://gcfcanada.com/global-strategy/ 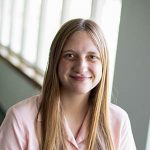