Thirty years ago as Mike struggled in prayer over the direction of his life, little did he know that what God had in store for him, and little did he know that the answer was coming so soon in a phone call from Ann Smith, saying, “We have an opening for an English teacher in Kobe, Japan, and we want you to go.” His immediate answer of OK set him on a journey that started in Kobe, Japan, with a two-year assignment at Palmore Institute and Tarumi Church of God. Mike then went on to a two-year assignment in Taipei, Taiwan, before returning to Japan, where he has been serving as a special assignment missionary (SAM) since 1991.

Mike has been in his current position at Tamasei since 1998; he also ministers at Hagiyama Church of God. Previously he taught at Chiba Eiwa High School, a non–Church of God Christian school and served at Nerima Church of God. Over the years, he has had the privilege of serving in various capacities within the local and national church in Japan.

Mike graduated from Anderson University with a major in Christian education and a minor in sociology. While working in retail, he was actively involved in lay ministry at First Church of God in Shelby, Ohio, his home church since junior high. He served in various areas, including music, children’s education, and leadership development. During his childhood, Mike’s family moved frequently, and he has fond memories of many different Church of God congregations they attended. 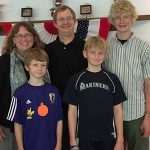 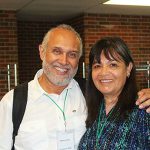