Editor’s Note: As 2017 fades and 2018 begins, it seems appropriate to contemplate the way that life emerges from death, a theme of this post that originally appeared in the Weigers’ September 2017 newsletter.

There was a show we recently watched about making food. In the show, we were introduced to a kind-hearted nun, Sister Noelle Marcelino, who was interviewed about her process of making cheese for her convent. She holds a doctoral degree in microbiology and talked about how fascinating the process of fermentation (part of the process of making cheese) was. She said the process of fermentation was not only fascinating as a microbiologist but also fascinating as a spiritual metaphor. The show explained that fermentation is a controlled death process, and Sister Marcelino said, “For me that analogy of death, a decomposition, creating this wonderful flavor is a promise of something better. I experience that over and over again when I look at cheese, when I smell cheese, and when I look at the microbial ecology of cheese.” She went on to explain, “That’s the wonder for me—is that it’s a promise of life beyond death.” Life beyond death. That is the promise we have in Christ. Not just for a future after this life, but that moments of death in and around us can produce life here and now.

We see that analogy, and Christ through that analogy, at work in our daily lives and all across our region. Whether it’s moments of joy in the midst of our own grief, new life springing up during the restart of a church, walking with a young leader who promises to endure through the heartbreak of disappointment, or glimpses of breakthroughs for our women at Pink Door, life springs up from death. Those moments when God brings something good out of something we could only describe as awful, or even evil is the hope we cling to in the midst of difficulty. We choose to be part of the process of dead or dying things creating life because that is what God has promised.

Audrey and Josh Weiger are Global Strategy missionaries with the Three Worlds team in Europe and the Middle East. Learn more about their story and their ministry here. 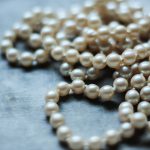 A String of Pearls: Your Precious Gift from Our Loving GodFEATURES, STORIES 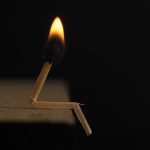 The Cost of Listening in Dark PlacesFEATURES