The Future of Missions

This past summer, Barna released a new study called The Future of Missions. The study looks at missionaries connected to the International Missions Board (IMB), which supports the missions efforts of Southern Baptist churches in the United States. Though the type of missionary service that IMB engages in is quite different from ours, the study has much to teach us. The goal of the study was to look at how missions engagement, in general, might change with future generations.

There are a number of key takeaways from the research that are challenging us at Global Strategy as we process our role in global ministry.

Though a number of the key findings are surprising, much of what I read in the research from Barna echoes feelings that I have heard expressed for a decade, and even feelings I have experienced. Young Christians want the church and missions organizations to recognize the pain that has been inflicted in the past and to become safe places for healthy, mutually beneficial work to happen globally. Young Christians are more interested in global ministry when they are connected to people who live that reality daily and whose passion and call to the world is evident in their very being. There is a divide in missions between white and black church communities in terms of how churches should approach global service.

Some of the research findings feel daunting. And at the same time, they are exhilarating as we know God has something incredible in store for the church if we are only willing to listen and respond to the call.

At Global Strategy, we don’t have the answer for what the future of missions will look like, but we are actively listening, learning, and adjusting our work as we listen to the voice of the Spirit and learn from young leaders around the world. 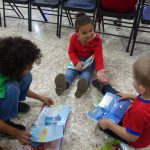 Who Is Our Neighbor?FEATURES, MISSIOLOGY 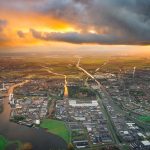